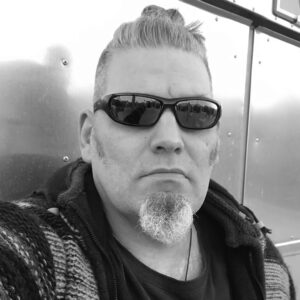 I was born on 21 January 1981 in Wiesbaden and grew up in Rheinhessen. Influenced mainly by my mother’s taste in music: soul, funk, 70’s house and 80’s dance music, I developed a soft spot for electronic music very early on. My earliest points of contact were Jean Michel Jarre and Anne Clarke.

At the end of 1993, I happened to be listening to RPR1 Maximal on the radio. That night, Tillmann Uhrmacher was thematically dealing with the works of Thorsten Fenzlau, on the occasion of his passing. Since then I had the „damage“ and I now oriented myself to what the Frankfurt scene was creating musically. In 1996 I started to go to parties and raves as a listener myself, on this journey I came across the Signalwerk, one of the first Goa/Psy clubs in Germany, which I discovered for myself, in addition to the larger clubs in the region. After an extremely eventful and formative time in the techno and psytrance scene, I had to put on the brakes in the early 2000s, so I started my second apprenticeship, put partying on the back burner and focused on recording DJ sets at the parties that took place in our scene.

In 2013 I was faced with a huge pile of collected music, so I decided to teach myself how to mix, after all I had been stealing with my eyes and ears for years. What started as a self-experiment with a „red Pioneer DDJ SB“ developed further and further. After a short time it was clear to me that mixing was my thing. I decided to treat myself to better hardware. I gave the Pioneer to an old DJ friend of mine, who had basically given up DJing at that time, hoping to free him from his creative hole.

My motivation has never been to become commercially successful as a DJ in any way. I mainly limit myself to musically processing the „traumas“ of my youth 😉 Every now and then I played at birthdays, barbecues, after hours or even at the info booth of the Freifunk group Wiesbaden at Folklore im Garten 2017.

In 2019, I got into conversation with Stimpy in the Evosonic Chat, after lengthy chats about the late 90s, the Frankfurt sound and how the Signalwerk had musically influenced me, I was allowed to do a techno guest mix for his show Eclectix, which met with an absolutely positive response among the listeners, immediately afterwards Moni from the Technoküche (Radio Rheinwelle) invited me to arrange an evening with live music together with DropOut. Shortly afterwards I was allowed to do another guest mix for Martin Vitzthum’s Westufer.

Due to the consistently positive feedback, I decided to work out a concept for a program and to look for comrades-in-arms. Convincing them and bringing them to a uniform level was the biggest challenge, however. In the end, DropOut, AquadiJoe and Der Kleister applied for a slot on the now universally popular show The Signal.

Since then, I have been the central contact and interface to Evosonic and the brains behind The Signal. This is reflected, among other things, in the entire external presentation of The Signal, starting with the flyer, the presentation of the episodes and everything that increases the recognition value. Through this development, I have been able to further professionalise myself personally and I am grateful for the trust Evosonic has placed in me today. 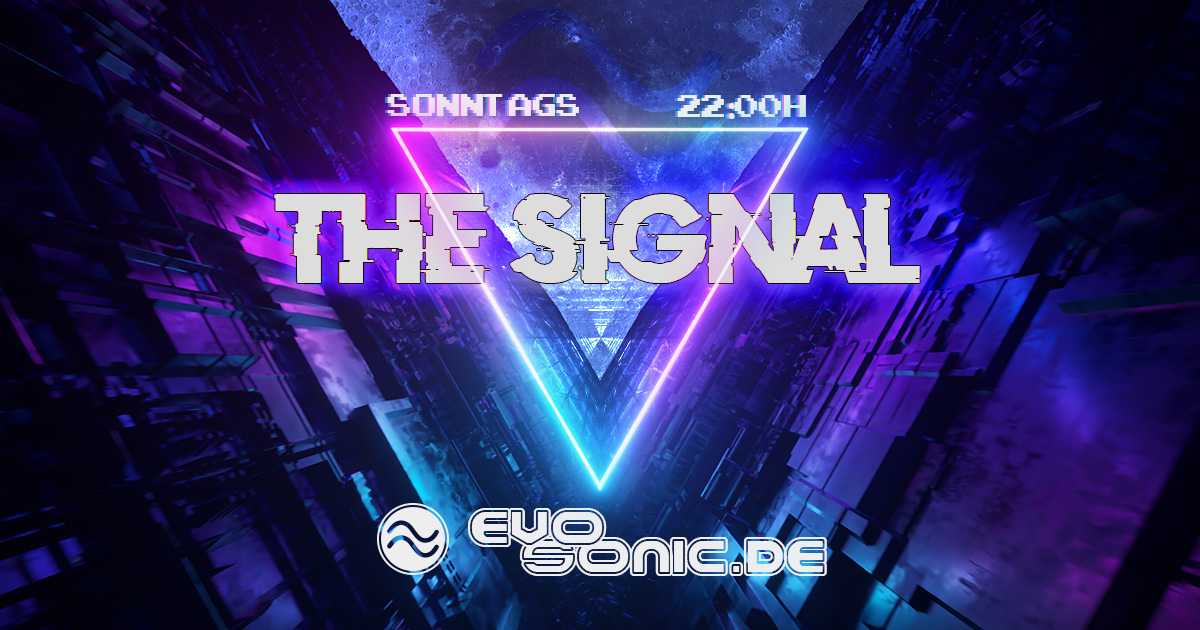