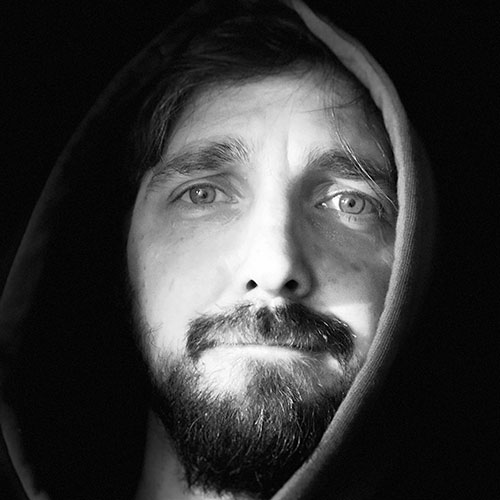 Born in 1980 in the east of Berlin, musically influenced in early childhood with music of the Beatles, Stones, Pink Floyd, Led Zeppelin, Krautrock and by the 80s itself, a broad spectrum of musical understanding was laid out. In 1987, Phil Harmony’s personal musical career began when, at the age of 7, he tried to learn the violin at the music academy in Weimar. In 1988, as a recognised refugee with a licence to leave the GDR via various refugee homes in Baden Würtemberg, he grew up in exile and soon learned the piano at the music school in the Hölderlin town of Nürtingen. In 1992 he discovered the drums as his new passion and learned this autodidactically. In 1995, he founded his first band together with a couple of buddies, followed by two more. Concerts in various locations followed. Until then, it was rather the hard guitar sounds, from Black & Death Metal to Punk to Hardcore, everything was there. In 1997, electronic music became more interesting for him again and opened up a whole new world thanks to the newly discovered Evosonic Radio. The desire for influences from the same in the band resulted in the break-up and so began the career as a DJ. In 1998, the first steps were taken as a bedroom DJ with two CD players. Countless nights in search of the secret of DJing followed. In 2001, the first turntables, effects units and a larger mixing console gave room for more creativity. First attempts at hardware with an Electribe EM1 and an Air FX as a producer followed a little later. That’s how he discovered DUB and downbeats and got the nickname „Phil Harmony“ from a colleague during one of his DJ sessions to the sounds of Kruder & Dorfmeister, Leftfield, Rockers HiFi, Alex Reece & Thievery Corporation, etc. In 2004, he founded the reggae sound crew „Waan Heart Movement“ in Nürtingen together with Selectaaa Kruschall and played with him throughout Germany at various festivals and online at BigVibez Radio. As „Singjay Phil Harmony“ he began to write his own songs and performed as MC and singer at joint shows, as well as a booked solo artist, as special guest for „Yah Meek“ together with „House of Riddim“ and many more. Two self-produced albums and various singles followed. In 2005 he founded the Dubnight radio show which started at the online radio Bigvibez from Tyrol. In 2008, back to his roots in Berlin and after the „end“ of Bigvibez Radio, he got a bi-weekly slot on UKW 92,2 in Leipzig, where the Dubnight radio show is still running successfully under new direction together with Plug DUB Soundsystem and the Planet Earth Studio in the former premises of DT64 Radio in Berlin Treptow. Various gigs in Berlin clubs like Yaam, Cassiopeia, Calabash, Lauschangriff or Chemiefabrik in Dresden, between album productions and remixes followed. The love for electronic music away from DUB and downbeats never stopped and soon reached its peak so far. In 2018, the dream of getting a slot at Evosonic Radio, which had once again risen like Phoenix from the ashes in 2017, came true.

The Deepnight station was born. Everything that has happened so far can be found in the Evoarchiv. Phil Harmony sees his DJ sets as a journey with a common thread. Music to float and fly away, from soft to hard, everything is possible, but it must not be disharmonious. His sets are often described as suitable for trips, whatever that may mean. The goal is to reach a trance-like state. 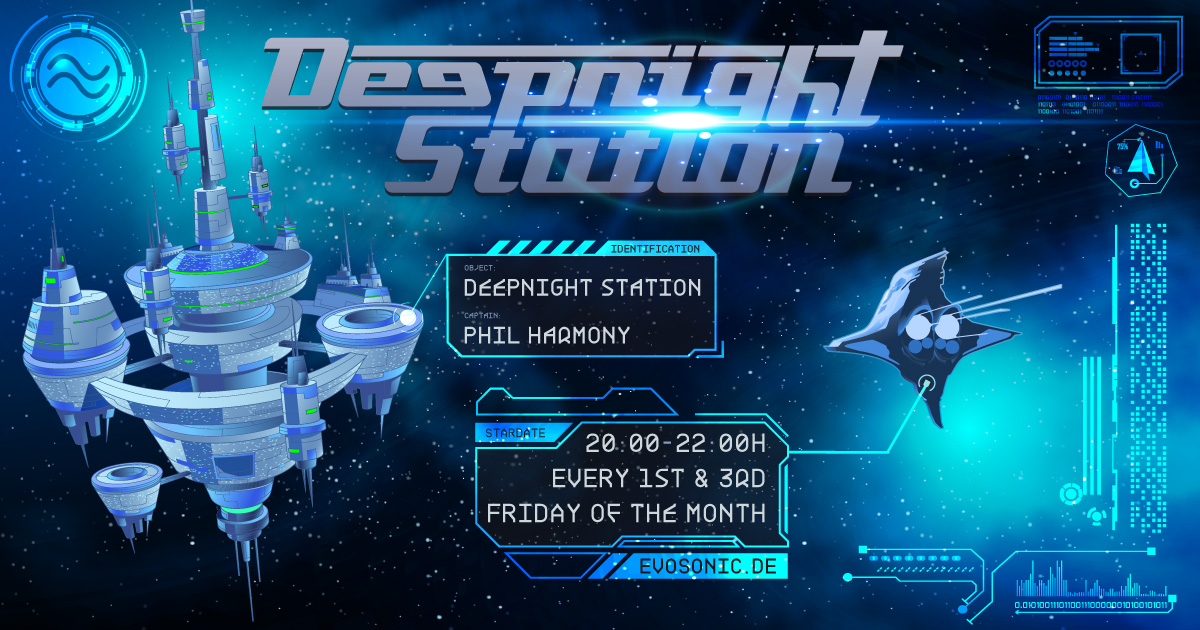