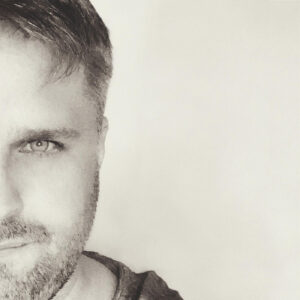 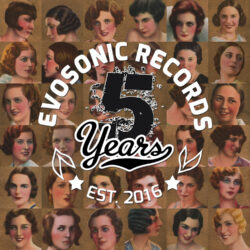 First and foremost, Sven is a music addict and collector. His active experiences as a DJ go back to the early 90s when he regularly played in bigroom clubs throughout the Frankfurt area. Since 2018, he has also been able to make a name for himself as a producer in the electronic music scene: With the release of his first own track „Back to Living“ on the Pete Namlook tribute compilation „Die Welt ist Klang“ in 2013, Sven shifted his focus to producing his own music. Since 2019 he has released two highly acclaimed electronica albums on the label „Fantasy Enhancing“ together with his musical partner Si Matthews. In 2020, Sven and Si also started „The Longest…“, a continuous series of longform ambient pieces.

The solo album „Bck T• Lvng“, released on Carpe Sonum Records in 2019, was highly regarded and immediately reached 3rd place on the annual best list of the worldwide electronica portal „TWGEEMA“. His rather acid-heavy, club-oriented tracks appear on such cult record labels as Móatún 7 and Mighty Force Records, which will also be home of his acid-based, second solo album „D·bl Stndrds“.

After almost 20 years of abstinence, 2020 marked Sven’s return to the turntables. In March, he founded the online streaming station „Safe Room“ together with the British artist Pushkin – a project for the collective musical overcoming of the Corona crisis. Within „Safe Room“, he started the show „What it’s about…“, a monthly broadcast about all varieties of electronic music.